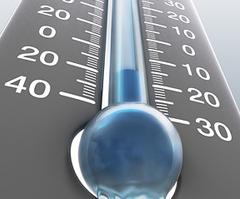 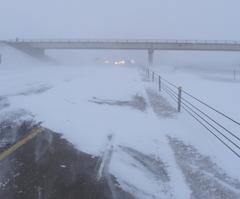 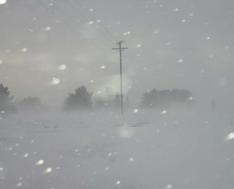 When the temperature or wind chill is expected to reach minus 40°C for at least two hours.
http://www.ec.gc.ca/meteo-weather/default.asp?lang=En&n=D9553AB5-1#extremeCold
Frostbite is an injury caused by freezing of the skin and underlying tissues. First your skin becomes very cold and red, then numb, hard and pale. Frostbite is most common on the fingers, toes, nose, ears, cheeks and chin. Exposed skin in cold, windy weather is most vulnerable to frostbite. But frostbite can occur on skin covered by gloves or other clothing.
http://www.mayoclinic.org/diseases-conditions/frostbite/basics/definition/con-20034608

The Alberta Clipper is a fast moving low pressure system that begins in Alberta. The storm usually brings high wind and a sudden drop in temperatures with little snow. 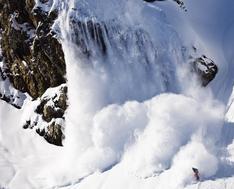 An avalanche is a moving mass of snow that may contain ice, soil, rocks, and uprooted trees. The height of a mountain, the steepness of its slope, and the type of snow lying on it all help determine the likelihood of an avalanche. Avalanches begin when an unstable mass of snow breaks away from a mountainside and moves downhill. The growing river of snow picks up speed as it rushes down the mountain. Avalanches have been known to reach speeds of 245 miles an hour (394 kilometers per hour)—about four times as fast as the speediest downhill skier.
http://www.weatherwizkids.com/weather-winter-storms.htm

When winds of 40 km/hr or greater are expected to cause widespread reductions in visibility to 400 metres or less, due to blowing snow, or blowing snow in combination with falling snow, for at least 4 hours.